St. Luke’s Medical Center-Global City achieves another medical milestone for performing the first pediatric robotic surgery in the country led by one of the hospital’s robotic gynecological surgeons, Dr. Rebecca B. Singson.

According to her, the 11-year-old had an 8cm teratoma or dermoid cyst which was the same size as a newborn baby’s head. One month prior to consultation, the patient experienced excruciating pain during her period and was initially dismissed with urinary tract infection by a clinic around their village.

“It’s not actually rare. In fact, it is the most common ovarian tumor found in children”, says Dr. Singson whose top priority was to save the little girl’s ovary. As a surgeon with this objective, her options fall under the category of minimally invasive procedures. One was to do a laparoscopic surgery which would require her to move the instruments herself and use a single camera with a 2D flat screen. This option though lacks perception of depth which is imperative to the pediatric patient’s case. Fortunately, there was a more versatile option available in the hospital.

Instead of a laparoscopic approach, Dr. Singson opted to what she calls a “very enabling tool” called robotic surgery. Such method gives her rotating instruments that have 7 degrees of freedom more than the human hands and has 2 cameras (left and right) which give her a 3D view of the procedure while it’s being done.

In a short amount of time, the procedure was declared a success and the patient’s normal ovarian tissue was saved. Being minimally invasive, robotic surgery minimizes blood loss and promises less scarring and faster healing. Another advantage of this method is that it shortens the patient’s hospital stay and true enough, just around 19 hours after the procedure, the little girl was discharged from the hospital with minimal post-surgery care instructions. “She can even go malling and catch up in time for the school opening”, Dr. Singson confidently added. 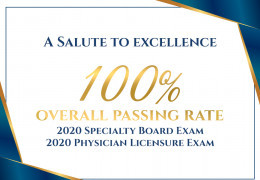 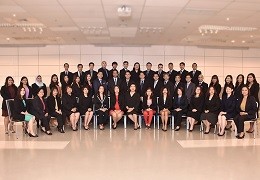 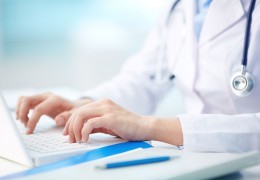 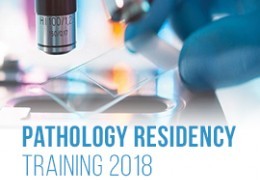 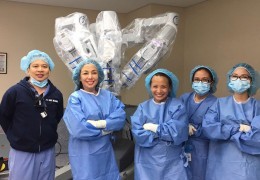